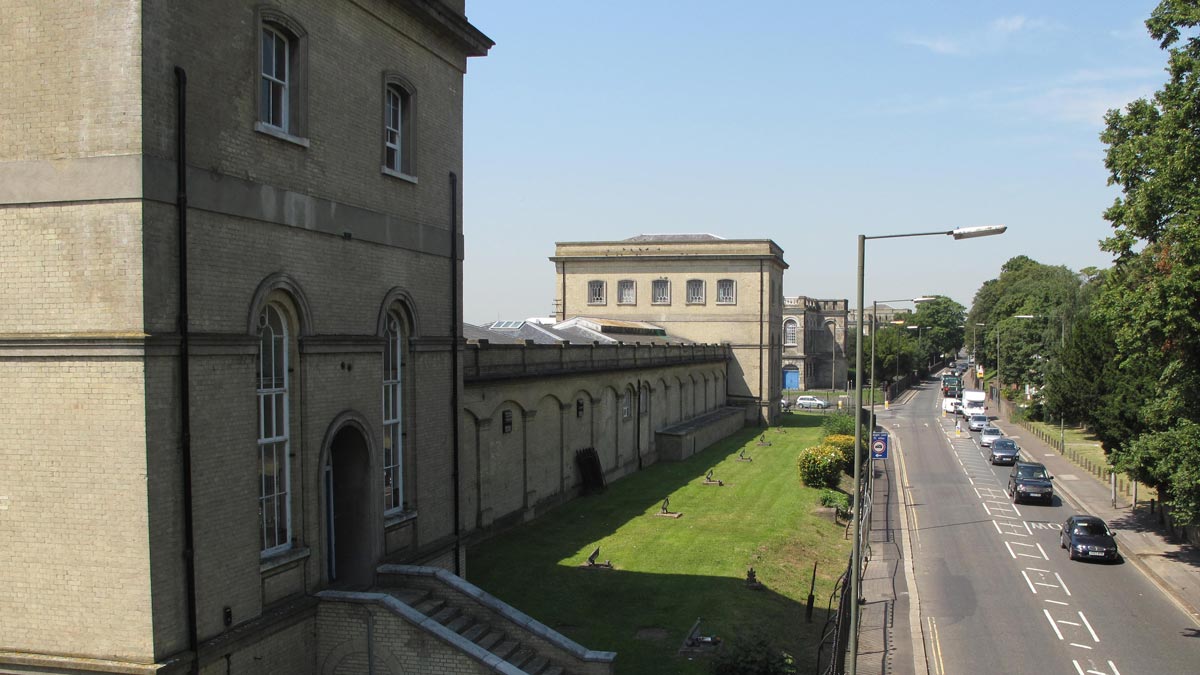 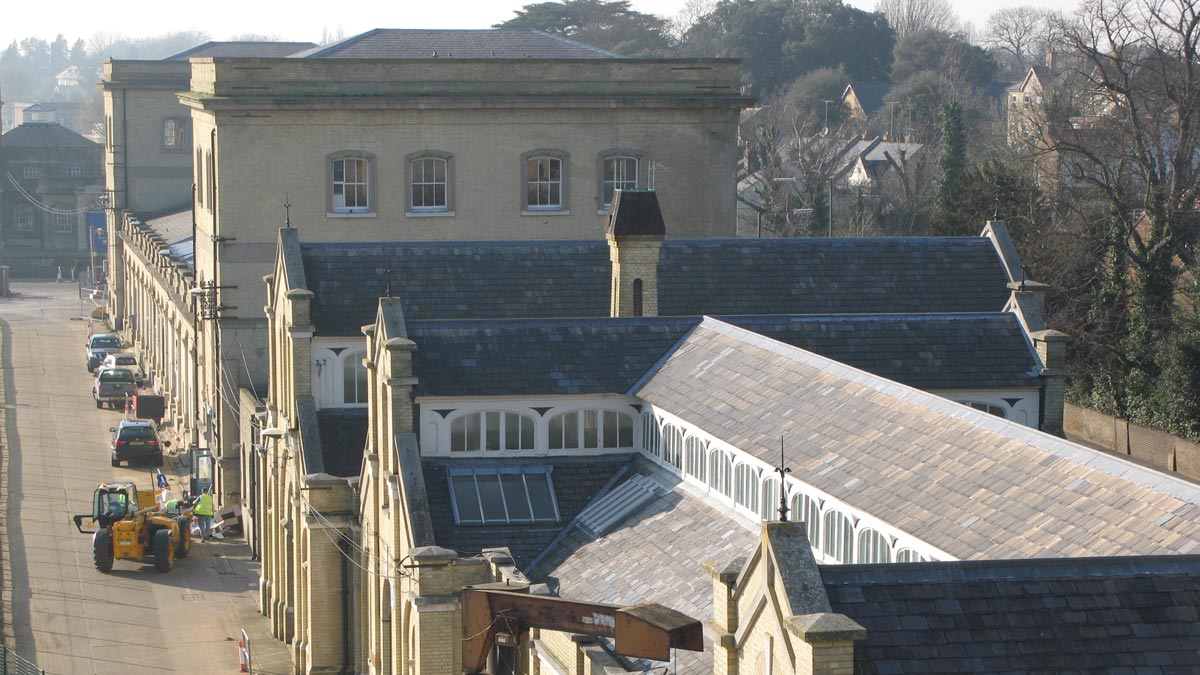 Who are you and what are you doing with the buildings?

The site has been purchased by Blackbottle Ltd. to develop a new commercial use within the buildings. Please see the ABOUT US and the BUILDINGS pages for more details.

When will this work finish?

All work on the site is subject to planning and listed building consents and conditions which have taken a huge amount of time. Conservation and repair works to the buildings including roof conservation is the first phase of any building, during which time it will be clad with scaffold and a temporary finish. With roofs completed, new interiors can be installed which are largely manufactured off site. The works should be completed by 2016.

No. Dust and noise from construction sites is strictly limited by national and local government. During works will be carried out by contractors, ‘neighbourliness’ will be given a high priority. We have already measured the day and night noise levels around the site to ensure any effects during and post-construction are within the existing limits.

Will it generate more traffic?

Of course any development creates more traffic, but our intentions for these buildings will create far less traffic than some alternative options, like residential development of the site. Until very recently the original Thames Water owned site was used by just as many cars as we intend to generate by this proposal. Traffic generation is a very important factor in the consideration of our planning application and we have undertaken traffic surveys and specialist consultancy in this regard which proves a negligible impact. A professional assessment also has to take place once the site is occupied.

To encourage people not to use cars we are limiting the number of car spaces on the site, providing lots of bicycle storage and on site showers and the site is very well placed for pedestrian access to Hampton Town station (which many of us use now!). It’s important to note that while the buildings look vast, the design intention is to purposefully provide a lot more space per person than is usual in commercial developments. The site is designed for approx 100 users.

We are well aware of the congestion on the west-bound A308 near the site at certain times of day. During the construction phase it would be very foolish of us to add to this and we will carefully plan movements outside of the peak periods., so we’re not experiencing delays. Construction traffic will also use redundant land elsewhere at the Hampton Waterworks for parking and standby.

We listened to our neighbours at the public open day, where overspill parking onto neighbouring residential streets was a key concern and we intend to prevent that situation.

Are you changing the appearance of the buildings?

The north side of the buildings, which most people see from the A308, will not be changed at all. All the works on most sides of the buildings are repair and stabilisation works, and there will be no new windows or doors, etc.

The south side of the buildings are the accessible side and this has been changed a lot during the 20th century, mainly to make doors big enough for vehicles. We are undoing these alterations and trying to put back something closer to the original appearance. The key difference is though that within these restored openings we will use 21st century glass technology, which is set-back behind the opening an intended to look like a dark hole.

What are you doing to the lawns?

Much recent digging activity on the north side of the buildings and the missing portion of the cast iron railings were due to a water mains leak repair programme being carried out by contractors appointed by Thames Water.

Under the north lawn area is a vast and complex network of ancient water mains, some up to 42” diameter. They were put there c.1860 and they still supply distant reservoirs, etc. The site sits on a motorway of water routes and generally the frequent water pipe repairs in this area of Hampton is something we must all accept.

Why is there so much scaffolding up?

The repair program includes the precious old iron roof structures. We have to carry out some highly specialised repairs to the ironwork in places which involves stripping the roof back to just the iron, doing repair works, then reconstructing the roof, this time with a thin insulation layer. So the scaffold provides a temporary roof to protect the stripped roof.

What's happened to the exterior lighting?

We found the floodlights in a poor state of repair when we took over the site and they had become an obstacle to repairs (see above). Our proposals will include a new exterior lighting scheme which will be far more sensitive to the local nocturnal fauna.

Is this a sustainable/ecologically-sound development?

First, we have carried out extensive habitat and bat surveys to check we are not disturbing any colonies during the works, or impeding their behaviour in the final design.

The roofs are being re-fitted with a thin insulation layer, most of the floors are 20t century concrete structures which can be retro-fitted with a thicker insulation layer and new interior walls/doors/windows are formed, or secondary fitted with improved insulation. There is some dispensation for listed building where thermal improvements might prejudice the character, but we feel we can improve the buildings without effecting the character. Heating and cooling will be provided by a buried closed loop geothermal system which radically reduces the consumption of gas and electricity.

Construction waste like old removed concrete will be crushed and recycled for use in the buildings. Since this was once a large industrial, coal-powered site with huge chimneys, we have had and continue to have the below ground soils and substrates very carefully tested for potential contaminants. None have so far been found, but if they are strict controls for their removal and disposal will be followed.

As these are existing buildings there is no effect to drainage.

Ultimately we are ‘recycling’ these old buildings, ensuring their protection and upkeep through a long term sustainable use.

Where can I view the plans for this development?

All the plans we’ve submitted for the buildings are viewable on Richmond Borough Council’s website in the planning section. The postcode for the site is TW12 2ER, or it can be found under Lower Sunbury Road.

What kind of scientific activity will take place here?

This is a very small-scale research facility for small biotechnological companies looking at things like DNA and RNA based medical solutions. The work takes place on a microscopic scale, using very small quantities of chemicals and substances in very clean, carefully controlled and regulated environments. At this facility there will be no testing on animals, or releases of substances that could harm the environment or neighbouring properties. Waste is extremely carefully managed and the air is filtered and re-circulated within the laboratories. A lot of research work takes place outside the laboratory, within offices and virtual environments inside computers.

These buildings originated as part of a solution to major health problems (the 19th century cholera epidemics) and it’s our hope that although adapted to a new role, they will continue to provide health solutions.

May I send you comments, or ask a question?

Yes please. See our contact details in the footer of the page. We will do our best to reply and answer any queries you may have.